The second sangeet sameelan in honour of Sri Satguru Jagjit Singh Ji was chalked out for 11th January 2014. It was to feature one of Satguru Ji’s favourite artist –  Zakir Hussain, the Indian tabla player, musical producer, film actor and composer. He was awarded the Padma Shri in 1988, and Padma Bhushan in 2002, by Government of India. 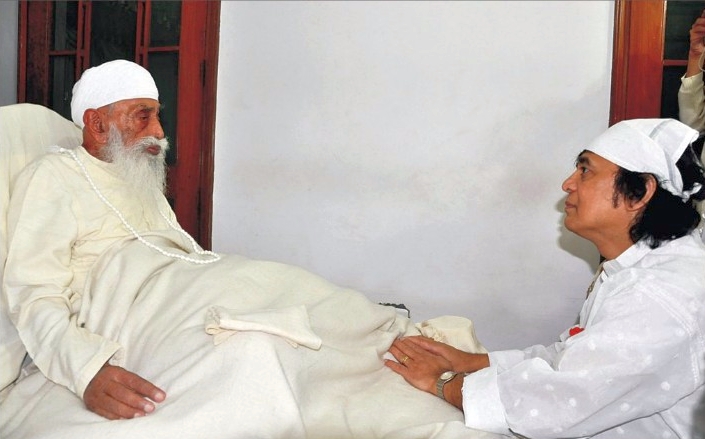 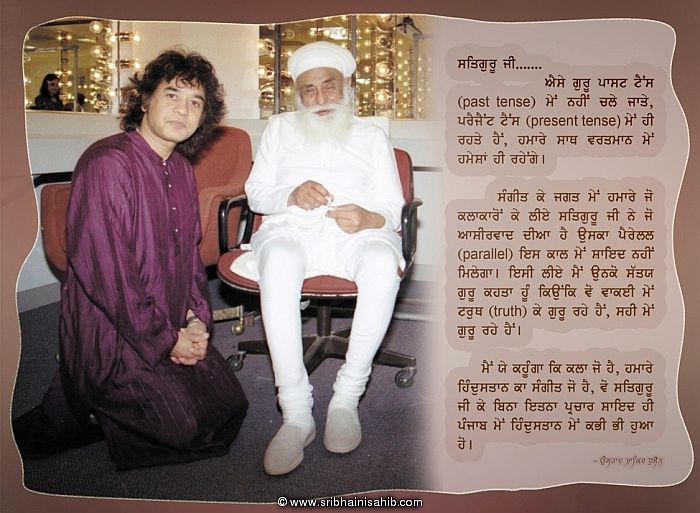 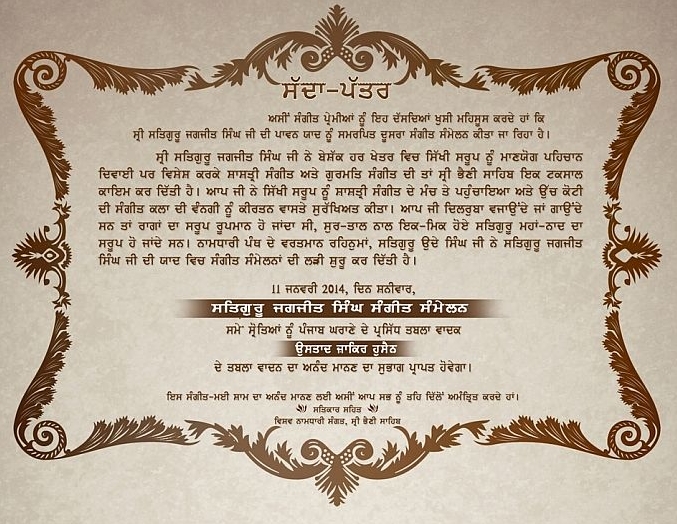 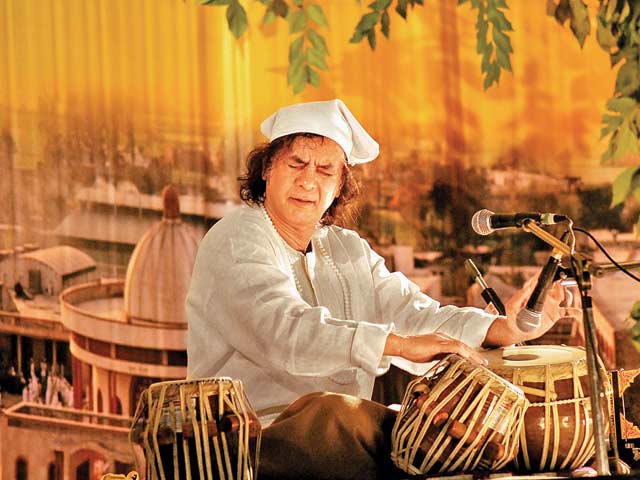 Tabla maestro Ustaad Zakir Hussain, who was in Ludhiana on Saturday, 11th Jan 2014 evening, says the land of five rivers has contributed in making him what he is.

Punjab is a very special place for the Punjab Gharana’s noted percussionist Ustad Zakir Hussain. It’s the place where music has been honoured, loved and nurtured and the future of music has been assured here, he says, while on a visit to Bhaini Sahib.

Clad in a white kurta and seated on the floor, Ustad Zakir Hussain calmly taps a tabla into tune with a silver hammer. He is certainly not oblivious to the ongoing conversation as he humours those surrounding him in the green room, before he goes on to stage to perform at Shri Bhaini Sahib near Ludhiana.
The Ustad is engulfed in nostalgia as he reveals his bond with the state of Punjab and how he feels at home when he comes here. Though it has been long since the tabla player came to Punjab, he says this land contributes significantly to what he is today.

“It is the land of my forefathers. When I come here, it feels like I have come home. When you’ve been out for too long and when you come home your parents hold both your hands, it is that feeling,” he says animatedly. “This is the land where music is born, nurtured and loved.”

And he has taken lessons from everybody he’s played with.

Another very important lesson in learning came from his father. ‘He told me to remember one thing: Never try to be the guru; try to be a good student, because you learn everyday from everything. Once you feel that you have learnt everything you have to, you should put a lock on everything and retire ‘ he says.

It is time for the man to take to the stage and perform. He picks up his tablas and proceeds, smiling to pay his respects to the legacy of Sri Satguru Jagjit Singh ji.