20 November 1920
Satguru Jagjit Singh was born like a divine light in jail – like conditions at Sri Bhaini Sahib.
Like Lord Krishna, Sri Satguru Jagjit Singh Ji was born inside prison. He was born to mother Bhupinder Kaur and father Satguru Pratap Singh Ji at Sri Bhaini Sahib on 8th Maghar 1977 Bikrmi Kattak Sudi Ikadshi(November 22, 1920 AD) in the early hours of the day at 4’o clock.

1925-1939: After Mata Bhupinder Kaur Ji left for their heavenly abode, the care of Sri Satguru Jagjit Singh Ji was entrusted to Sant Gurmukh Singh Jhabbar (father of Suwarn Singh Virk Ji). Satguru Ji remained under their supervision for about 14 years .

22 August 1959
Sri Satguru Pratap Singh Ji left for his heavenly abode in the night between 5 and 6 Bhadron of 2016 Vikrmi ( 1959 AD) and Satguru Jagjit Singh Ji took over reigns as Satguru.

12 September 1959
On this day Satguru Jagjit Singh Ji, for the first time rode in his car with white triangular flag flying on it and visited all the historical places of religious importance including Akal Bunga in Sri Bhaini Sahib and started his journeys after performing supplicatory prayer i.e. Ardas. And paid his maiden visit to Ludhiana-Jandiala (Jalandhar) and back to Sri Bhaini Sahib.

11 October 1959
Hoisted the flag on the occasion of Dussehra celebration at Ludhiana and delivered very impressive and philosophical discourse on Ramayana.

7 October 1961
Arrived in Bangkok from Delhi

16 December 1961
Visited Lahore, Pakistan by car for a day to meet seriously ill Maulvi Fazal Mohammed, an expert in repairing the musical instruments.

24 March 1962
S.Partap Singh Kairon the then Chief Minister of undivided Punjab visited Hola Mohalla at Baja-Khana, District Faridkot and sorted out his misconceptions.

1962
During raining season, river Ghaghar was over flooding in Sri Jiwan Nagar area and people became panicky. Sri Satguru Ji stood with them on the embankment day and night and encouraged to strengthen it. Subsequently no loss of life or property occurred in the area.

3 June 1963
Anand Shatabadi (Sikh anand karaj centenary) was celebrated at village Khote (Moga, Punjab) and 149 Anand Karaj were solemnised on this occasion, the most simple marriages in the world.

1964
Sri Satguru Ji consented to be the President of Punjab branch of World Peace Council.

He established an organization ‘ Sarab Hind Namdhari Vidyak Sanstha ‘ ( All India Namdhari Educational Organization) in 1964-65 which worked with the following objectives:

These organizations hold their annual meet once a year. The Namdhari youth got a platform to collectively share their views, interact together , to clarify their doubts and to have direct link with their Satguru Ji.

23 March 1965
Gopal Rattan was conferred on Satguru Jagjit Singh Ji by Government of India during Gau- Samvardhan Sammelan held , by the Gau- Govardhan Sammiti in recognition of his valuable contribution for the husbandry , improvement and health care of cows .

Nairobi to London on the first visit to U.K.

1969
With blessing of Satguru Jagjit Singh ji , the 5th centenary of Guru Nanak Dev Ji parkash diwas celebrated by Namdharis around the world

1971
Celebrations of Centenary of Hola Mohalla at Sri Anandpur Sahib. And centenary of Namdhari Martyrs at Raikot, Amritsar and Ludhiana.

August 1976
The newspapers of U.K. published news with headlines mentioning Satguru Jagjit Singh as Rainmaker and Rain – God. The worst ever drought in England and Wales in last 500 years was predicted and there was no chance of rain in the near future. With the blessings and prayers of Sri Satguru Ji, it started raining on 27 August 1976, much to the relief of British authorities and people.

1976
Commencement of Kar-Seva of Ramsar (Sarover) Sri Bhaini Sahib by Sri Satguru Ji to reshape it.

1979
Sri Satguru Jagjit Singh Ji declared his support to the Congress Party which is led by Smt. Indira Gandhi.

February 1983
With the blessings of His Holiness Smt. Indira Gandhi nominated S. Sulakhan Singh in the Metropolitan Council of Delhi.

1989
Under the patronage  of Satguru Jagjit Singh ji , the centenary of Saturu Partap Singh Ji’s  parkash diwas celebrated by Namdharis around the world

In 1991 the reconstruction of the holy Ram Sarovar was commenced in Sri Bhaini Sahib. The foundation stone was laid by Sri Satguru Jagjit Singh Ji.

16 July 1991
By-pass Heart surgery of Satguru Jagjit Singh Ji was performed by Dr. I.K.Ross at Royal Adelaide Hospital in Australia. Four conditions put by Sri Satguru Ji were strictly observed (i) No hair cut to be done on His Holiness body, (ii) No spirits to be used before, during or after the operation done, (iii) No blood transfusion (iv) Only male nurses shall attend His Holiness.

1992
Namdhari Kala Kendra:
emerged with the hukm(order) of Sri Satguru Jagjit Singh ji at Sri Bhaini
Sahib(Ludhiana) in the year of 1992 as Sri Satguru Pratap Singh ji wanted
Raagi’s should perform the ‘Kirtan’ in the Raagas as it is mentioned in the Sri
Aad Granth Sahib and in the same manner was performed in times of the earlier
Gurus. The tradition is continued in the presence of Sri Satguru Uday Singh Ji.
Namdhari Kala Kendra is the place where there is nothing is taken in the form
of money as the fee or admission. It is run in the manner of Gurusisyaa
parampara, denotes a succession of teachers and disciples in traditional Indian
culture and spiritual relationship and mentoring where teachings are
transmitted from a guru “teacher” to sisya “disciple” or
chela. Such knowledge is imparted through the developing relationship between
the guru and the disciple. It is considered that this relationship based on the
genuineness of the guru, and the respect, commitment, devotion and obedience of
the student, is the best way for subtle or advanced knowledge to be conveyed.
The student eventually masters the knowledge that the guru embodies.
Even at present the same tradition is being continued in Sri Bhaini Sahib.

3 Dec 1992
With the blessings of His Holiness SATJUG Weekly started its publication from Delhi.

24 June 1992
Sri Satguru Ji laid the foundation stone of Namdhari Shaheedi Samarak at Malerkotla (built to commemorate the 66 Namdhari Shaheeds), in the presence of the then Chief Minister of Punjab S.Beant Singh.

January 1997
Research Scholar Jaswinder Singh sent to Burma by His Holiness for finding out the places where Satguru Ram Singh was kept during his confinement.

June 1999
Sri Satguru Ji pays a visit to The UK

1999
Participated in the Kar-Sewa of Durgiana Temple, Amritsar.

1 August 1999
Representatives of Sri Satguru Ji participated in the Council for Parliament of World Religions at Cape Town, South Africa.

July 2000
Addressing to the audience of 34th World Vegetarians Conference at Toronto ( Canada) in July 2000, he said, ” Peace and vegetarian habits are intimately connected. So long as violence against living beings is there, there cannot be any peace in the world. We should not only think for welfare of human beings but for the well-being of animals as well”

27 to 31 August 2000
His Holiness participated in the Millennium World Peace Summit of Religious and Spiritual Leaders held in UN General Assembly Hall, New York. USA.
Nearly 2000 leaders from 90 countries of the world gathered there to participate in the deliberations. On this occasion, the General Secretary of the conference, Shri Bawa Jain said, “The utterance of my revered Acharaya Sushil Muni Ji made in the presence of Sri Satguru Ji , is coming true. He had a strong wish that a Summit meeting for global peace be held under the aegis of the United Nations Organizations. Today, I am pleased that this meeting is being held in the presence of Sri Satguru Ji and it gives me a sole feeling as if my departed Acharaya Ji, is also amongst us here”

December 2000
Sri Satguru Ji pays a visit to the UK

April 2007
Satguru Jagjit Singh hoisted the flag at Sri Bhaini Sahib during celebration of 150 years of Kuka Movement and creation of Sant Khalsa by Satguru Ram Singh Ji on 12.4 1857.

December 2008
With blessing of Satguru Ji, the Kuka Movement finally got the status of freedom fighters
after more than 150 years, when union government recognised their contribution to freedom struggle. 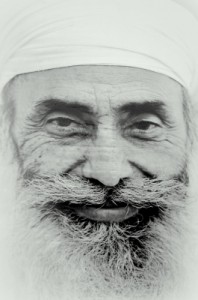 25 Oct 2012
With blessing of Satguru ji, coins are released by Indian Government to mark the 150 years of Kuka Movement depicting Satguru Ram Singh Ji and Namdhari Sikhs on Rs 100 and Rs 5 coins.