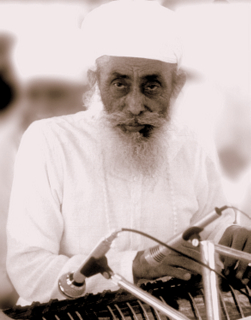 [/ezcol_1third]The third sangeet sameelan in honour of Sri Satguru Jagjit Singh Ji was celebrated in November 2014. It was to feature a string of renowned Namdhari musicians and the cream of Indian Classical artists – Ustad Rashid Khan (Vocalist) and Ustad Shahid Pervez (Sitar). Coming back home after many years was the tabla player Ustad Sukhvinder Singh Namdhari.[ezcol_2third_end][/ezcol_2third_end] 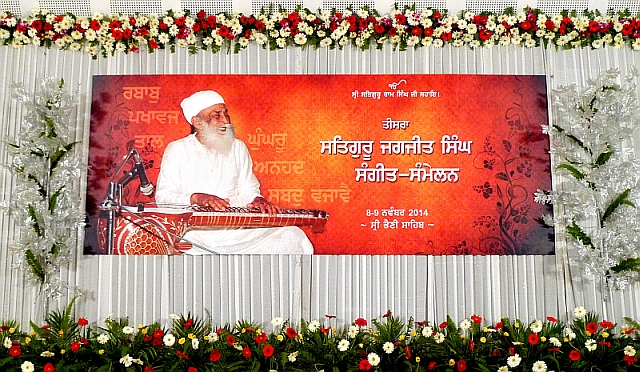 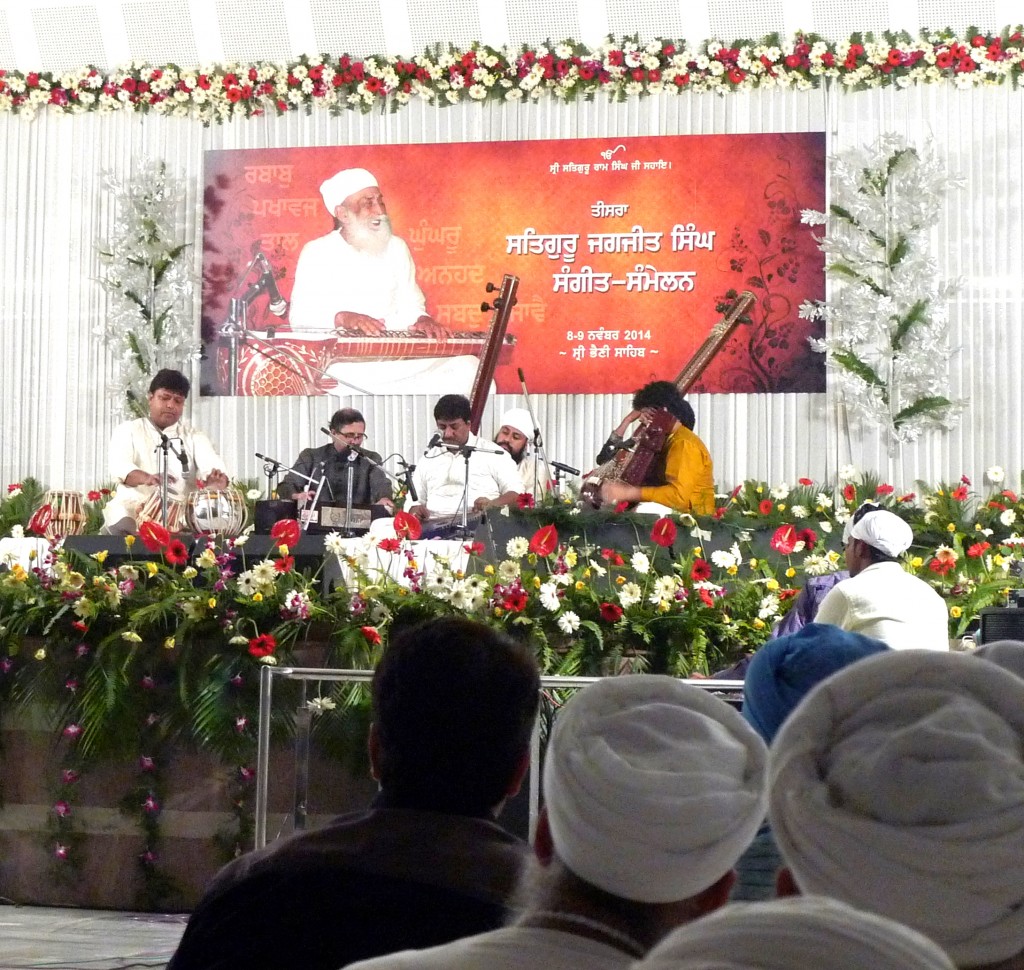 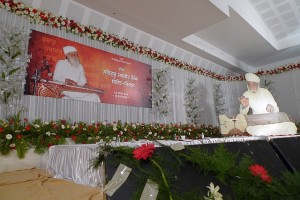 Ustad Rashid Khan  (born 1 July 1966) is an Indian classical musician in the Hindustani music tradition. He belongs to the Rampur-Sahaswan gharana, and is the great-grandson of gharana founder Inayat Hussain  Khan. He is married to Soma Khan. Pandit Bhimsen Joshi said at one point, that Rashid Khan was the “assurance for the future of Indian vocal music”. He was awarded the Padma Shri, and the Sangeet Natak Akademi  Award in 2006. As well as the Global Indian Music Awards (GIMA) (2010) and Maha Sangeet Samman Award (2012).

Rashid Khan gave his first concert at age eleven, and the following year, 1978, he performed at an ITC concert in Delhi. In April 1980, when Nissar Hussain Khan moved to the ITC Sangeet Research Academy (SRA),  Calcutta, Rashid Khan also joined the academy at the age of 14. By 1994, he was acknowledged as a musician  at the academy.

The Rampur-Sahaswan gayaki (style of singing) is closely related to the Gwalior gharana, which features medium-slow tempos, a full-throated voice and intricate rhythmic play. Rashid Khan includes the slow elaboration  in his vilambit khayals in the manner of his maternal grand-uncle and also developed exceptional expertise in the use of sargams and sargam taankari (play on the scale). He is influenced with the style of Amir Khan and  Bhimsen Joshi. He is also a master of the tarana like his guru but sings them in his own manner, preferring the khayal style rather than the instrumental stroke-based style for which Nissar Hussain was famous. There is  no imitation of instrumental tone. 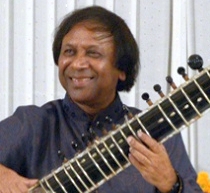 Ustad Shahid Parvez Khan (born 14 October 1955.Bombay) is a sitar player of Hindustani classical music. He carries on a legacy of sitar playing that goes back several generations in his family. He belongs to the famous Etawah Gharana and belongs to the seventh generation of this musical lineage. He is one of India’s most celebrated younger musicians, praised especially for the vocalistic phrasing of his raga improvisations.

Shahid Parvez was recognized as a child prodigy and had started performing in public at the age of eight. Tremendous perseverance and hard work over the years have been rewarded with an outstanding technical prowess and a mastery over Layakari. He identifies himself with Raga Yaman, Darbari, Malkauns, Marwa, Todi, Shree, and Bageshree.

He has performed in all major musical festivals in India and abroad including the Festival of India held in the US, Europe, USSR, Canada, Africa, Middle-East and Australia, enthralling the audience everywhere. With numerous LP records, audio and video cassettes, CDs and DVDs, numerous awards and accolades, and a distinguished performance career in India and around the world, he is widely recognized as one of the finest living sitar players.

He is recipient of many awards including the Sangeet Natak Akademi Award, Padma Shri, and AIR – Top Grade artist.