Millons of Men and women of goodwill and good conduct all over the world considered Satguru Jagjit Singh Ji the standard bearer of emancipation of mankind. As Satguru, the true spiritual master , attracted attention, devotion, reverence and love 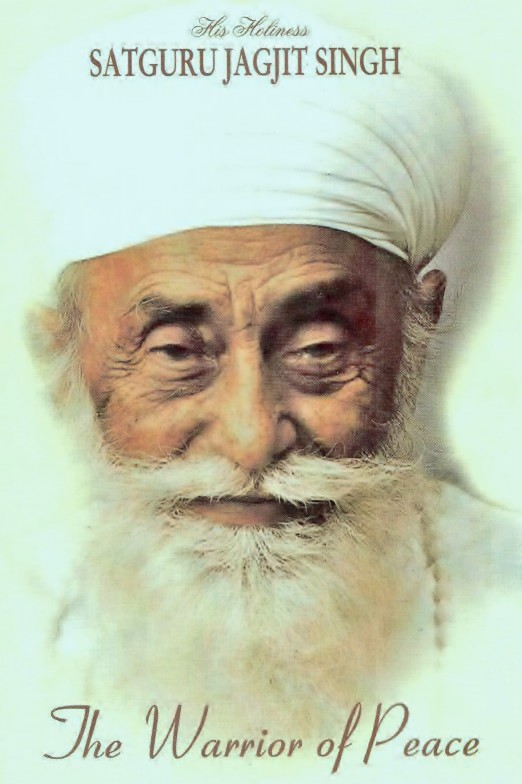 Spiritually, the meek looking Satguru Jagjit Singh was a powerhouse of soul force and spiritual energy, like Lord Buddha, Guru Nanak Dev and Guru Gobind Singh. His followers around the world, consider him God and Guru.

This is the address of HIS HOLINESS SATGURU JAGJIT SINGH JI Supreme Spiritual Head of Sikhs delivered during World Parliament of Religions-1999, Cape Town (30th Nov to 8th Dec. 1999).

Honoured Heads of Religions, Spiritual Masters, Philosophers, Thinkers and dear Delegates, This is a matter of great pleasure and satisfaction that the spiritual and religious leaders of different faiths and religions, in large number, from all over the world have assembled here for this historic World Parliament of Religions. Please accept my sincere greetings in the name of the Creator, the Almighty.

The planet earth is fortunate today for your holy presence. ‘We, the masters, preceptors, guides and true practitioners of religions are gathered in this fortunate city of Cape Town in the evening of the 20th Century and on the eve of the new millennium. We are all here to usher into a new morning for mankind, full of faith and hope and a prayer that the new millennium be dedicated to the universal well being of all living beings.

Shall I pray and suggest that we dedicate the new millen-nium to non-violence and peace, so badly needed by mankind today. Let the millennium be called as millennium of Non-Violence and Peace.

Distinguished guests of different faiths—We all believe in pursuing the path of truth, non-violence and peace for the mankind. You all know that the supreme divine power, the Almighty, has sent us in human form in this world. It is due to His grace that we have been gifted with human incarnation.

We remember and pray to the Creator, in our own ways. Our paths are different but our Creator is the same. We all strive to reach him through different paths. We also show the way to our devotees and followers to meditate and strive to reach the same supreme spirit. We are all children of the same God. The entire pulsating creation, with all its creatures in the vegetable and the animal world have been created by the loving God in his own great design. 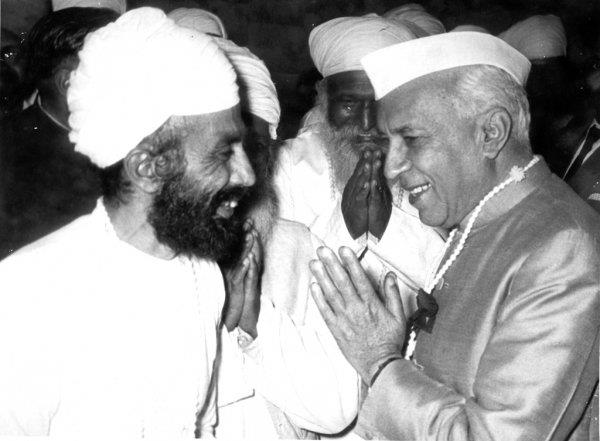 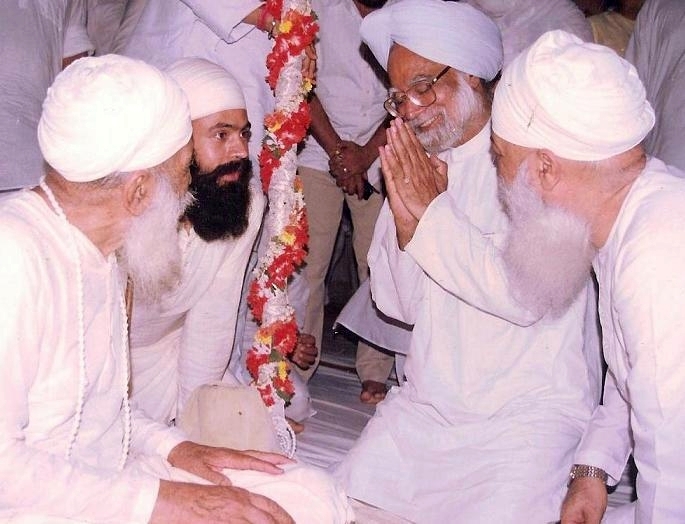 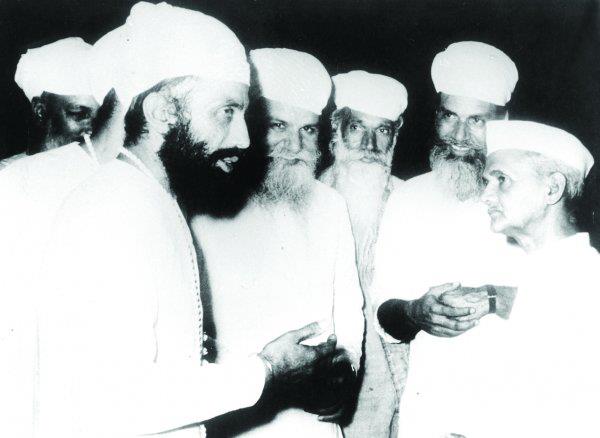 Our mission is to root out violence in ‘thought’. This we can ensure by inculcating the feeling and culture of non-violence. One should so train ones heart and mind that there is no ground for emotions of violence to take root and grow. We must build an internal and external climate in the society where man may not think ill of man. The em0tion of violence should find no root in one’s heart and there should be no room for the urge to commit violence against a fellow creature or human being, if one does not entertain thoughts of violence one would not have the urge to perpetrate violence on others and harm them. We should not let the emotions of prejudice, hatred and enmity find way into our heart and mind. We, practising the culture of non-violence, should strengthen fellowship and brotherhood of mankind. Because we are the children of the one and the same father, the same God.

Guru Arjan Dev the 5th Sikh Guru said : ”of One father are we all children; Thow my Preceptor”

Next to the ‘thought’, which is born in human minds, the ‘word’ is the second manifestation of non-violence.The non-violent person never utters a word which sounds ugly, evil and hurts anyone. He never abuses. He does not speak in anger. He does not speak in malice. He does not instigate one against another. He knows very well that ill spoken hurts others. He does not hurt anyone because he knows that the Almighty resides inside every human heart. So, to hurt humans with violent words is like hurting the God who resides within. It violates the love of God. According to famous Sufi Saint, Sheikh Farid;

“Speak never a rude word to any-the Lord Eternal in all abides : Break no heart-know, each being is a priceless jewel.” 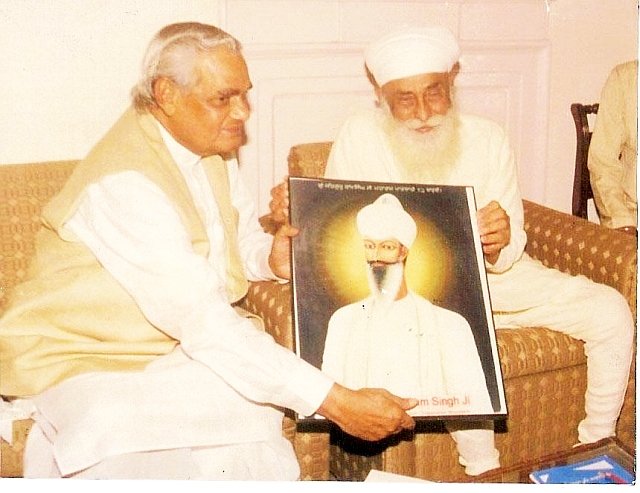 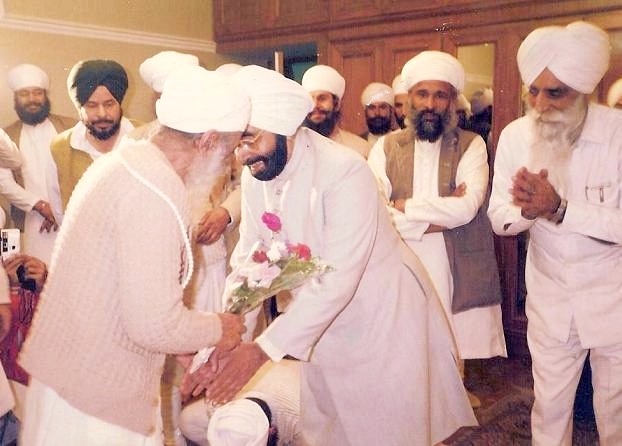 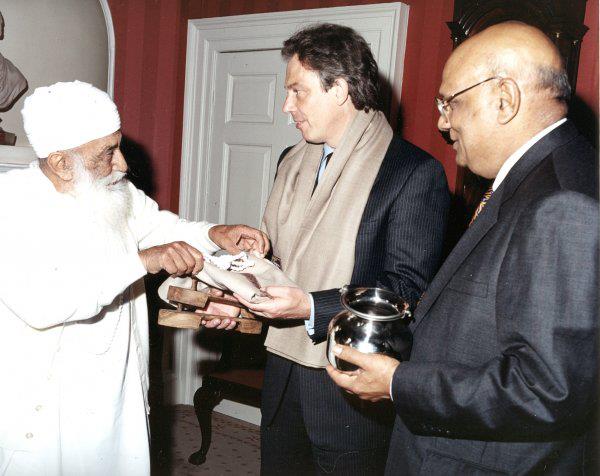 Broadly speaking there are two principle categories of violence which are widely recognised today and are also cause of considerable concern to all men of religion and goodwill. These are:

Those who commit violence against the green world, the ecology, thoughtlessly destroy trees, forests and ultimately valleys, mountains and rivers. They cut living green trees and either burn them or sell them away for profit. They denude and deplete forests to illegally cut and sell wood for money. Such people do not realize that they are destroying the very balance of nature. With their ravaging activities, the floods are raging as forests have been destroyed. The ecological balance is being ruined. Pollution is increasing. Environment is wounded.

Many species of wild life have become extinct. Others are facing extinction at the hands of the hunters and the poachers. They are subjecting mother nature to their own terrorism of greed and pillage. Even though, finally man himself shall suffer the worst, impelled by his voracious greed, he continues to commit violence against the vegetable world, destroying forests and vales, just to turn a quick buck. The poor man does not realize what great damage he is doing to his own world and his future generations, for a pittance of a profit. It is our job, the job of the leaders of the religions, to bring man back from that dangerous world of damage, the destruction road. We, with the force of the religion as our faith and power, can stop man from his evil and destructive ways and save the ecology and environment.

It is sad and shocking that violent man, the deadly hunter, kills creatures of blood and flesh whom he cannot give life. They hunt for pleasure, sport or food. There are others who just encourage and buck-up the hunters. There are still others who eat the meat of the animal hunted by someone else, They try to absolve themselves by saying they are simply meat eaters. Religious masters consider all these categories of human beings as killers, perpetrators of fatal violence. Thousands of years ago Maharishi Patanjali, in his famous treatise on Philosophy of Yoga, had ordained that he who hunts and kills, he who gets animals killed by other hunters and he who just supports them and sides with them, are all violent killers of the same gravity.

Violence has been condemned in books of all great religions. Like Manu Snariti, Ramayana, Mahabharata and Geeta, all have condemned foolish and senseless violence. The Buddhist religion accorded non-violence the prime place amongst its precepts . It said Ahimsa Parmo Dharma, non-violence is the greatest duty and religion of man. Jain religion gave non-violence the same place of pride. Jesus Christ had also said, “Thou shalt not kill, and shall be a holy man upto me, neither shall ye eat any flesh”. In the Jewish scriptures it is indicated that God is not pleased with the meat eaters. Similarly it is written in the Quran about meat. Famous Indian saint of yore Bhagat Kabir, said :

“Call not Vedas and the koran false;
one who contemplates not these is false :
If you say God in all beings abides, why kill a hen?”

“Slaughter of animals you dub as religion.
Then brother! tell what is irreligious ?
Each other you style as saints then who are to be called butchers?”

In our own days, another kind of shocking violence has come into practice . It has its origin in the barbarous days of yore. In olden days the female infant was killed as soon as she was born. The female infanticide was a known practice among the ignorant and the superstitious India. Our reverent Satguru Ram Singh, waged a peaceful movement against this evil and rooted it out from the society. He had launched his movement for the protection of the girl child to establish the sanctity and welfare of womanhood. His campaign was historic and successful. But these days female foeticide has reappeared as a scientific and moral crime in fashion. Sex of the foetus can be pre-determined through ultrasound. When it becomes clear that the foetus in the mother’s womb is female, it is got aborted from an abortion clinic. It is pure and cruel murder and the most condemnable act of violence. This also shows the heartlessness and depravity of this violent prototype of the modern man. What a great sin is committed with such impudence. Violence spells danger from man not only to ecology and other creatures, but his own, mankind itself. 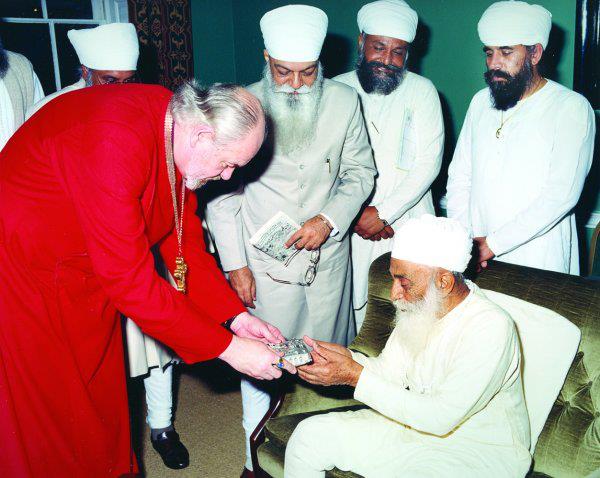 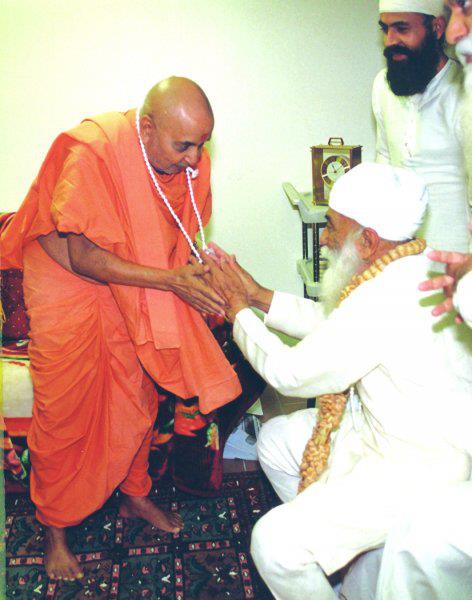 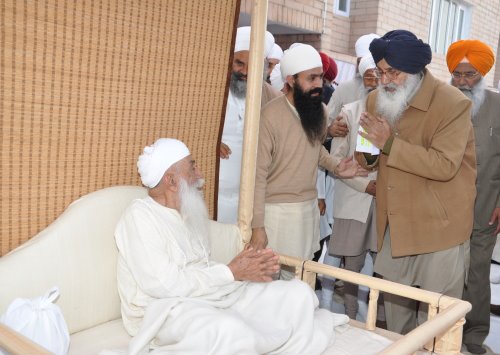 That is why gurus, prophets, peers, philosophers, mentors, thinkers, scientists and spiritual masters, had always been teaching the lesson of non-violence to man. These teachings do have their impact: Thank God, today’s man has started thinking in the direction of non-violence and peace. As a result reduction in conflicts and wars is in sight.

The two world wars in the 20th century shook mankind to bones. Now wars seem to be on the wane. When there is the outbreak ofan armed conflict, the one who takes the aggressive step is condemned by nations of the world. The world is consciously moving towards disarmament and ban on weapons of destruction. It is the effort of all messengers of peace that mankind give up all weapons of mass destruction. It is obviously the impact of this movement for peace and non-violence that the number of vegetarians is increasing.

Today, we the nations and religions of the world, are all seeking to come closer to one another. Because we all know that observing the principles of love and non-violence is the only way for mankind. It is in this way that the spirit of brotherhood would flourish and good environment can be created. The feeling of compassion is sent surging through human hearts and the inspiration to he kind and compassionate to all creatures becomes resurgent.

It is a matter of great joy that today again, the leaders of all the great religions of the world are gathered here to emphasise that violence must be eliminated from the minds of men. Man must kill none. It is only possible if leaders of all religions of the world give a call for a world free from fear and terror. Terrorism on creatures must stop.

To build a world free from fear, terror and violence, is possible if followers of all religions give up meat-eating and also stop taking food from meat-eaters. This should be teaching of the religious leaders of the world at this World Parliament of Religions, to our followers and devotees. We should save ourselves from the sin of killing other living creatures.

Thus, the feeling of compassion will be born in all hearts. There will be an end to killing, conflict and war. This wonderful world created by God Almighty shall become more beautiful, good and attractive. It would be a world free from fear, terrorism and tension for all men and women, birds and beasts and mother earth herself. With these humble words I greet you all once again, and suggest, let us make the next millennium-the Millennium of Peace and non-Violence, the Millennium of Love and Tolerance, the Millennium of the Good Children of Earth. And now I take leave with all my prayers and good wishes for you.