Sangeet Natak Academi and its associate bodies mourn the demise of Satguru Jagjit Singh Namdhari, a renowned figure in the world of Indian music and a Tagore Fellow of Sangeet Natak Akademi, who passed away in Ludhiana on 13 December 2012.

Born in 1920 in Punjab, Satguru Jagjit Singh was the spiritual head of the Namdhari Sikh community, and the doyen of the school of devotional music associated with that community. He was initiated into music by his father Satguru Partap Singh. He later studied music under Bhai Harnam Singh of Chawinda. Satguru Jagjit Singh also learnt the Dilruba from Jiwan Sing of Patiala gharana, better known as Bhai Mastan Singh.

An accomplished singer and Dilruba Player, Satguru Jagjit Singh had worked ceaselessly for the development and propagation of Indian classical music and Sikh Gurmat Sangeet. Having succeeded his father as spiritual head of the Namdhari Sikhs in 1959, Satguru Jagjit Singh organized the Satguru Partap Singh Sangeet Sammelan regularly in his memory. A number of talented students received support and encouragement from Satguru Jagjit Singh to learn music from leading musicians. He performed widely at music festivals, and created compositions to various ragas in unconventional talas.

Satguru Jagjit Singh was the recipient of several honors including the Ustad Hafiz Ali Khan Award conferred in 1999. He was elected Tagore Fellow of Sangeet Natak Akademi in 2011 for is contribution to Indian music. With the passing away of Satguru Jagjit Singh Namdhari, the world of Indian music has lost an outstanding artist, who will be remembered for a long time to come. (Bhai Baldeep Singh)

On April 14, 2013, The Sangeet Natak Akademi honoured Sri Satguru Jagjit Singh Ji,  with the prestigious Sangeet Natak Academy  Tagore Rattan Award, in the field of Music. This ceremony was held took on Vaisakhi 2013 in Sri Bhaini Sahib. This is a recording of the ceremony: 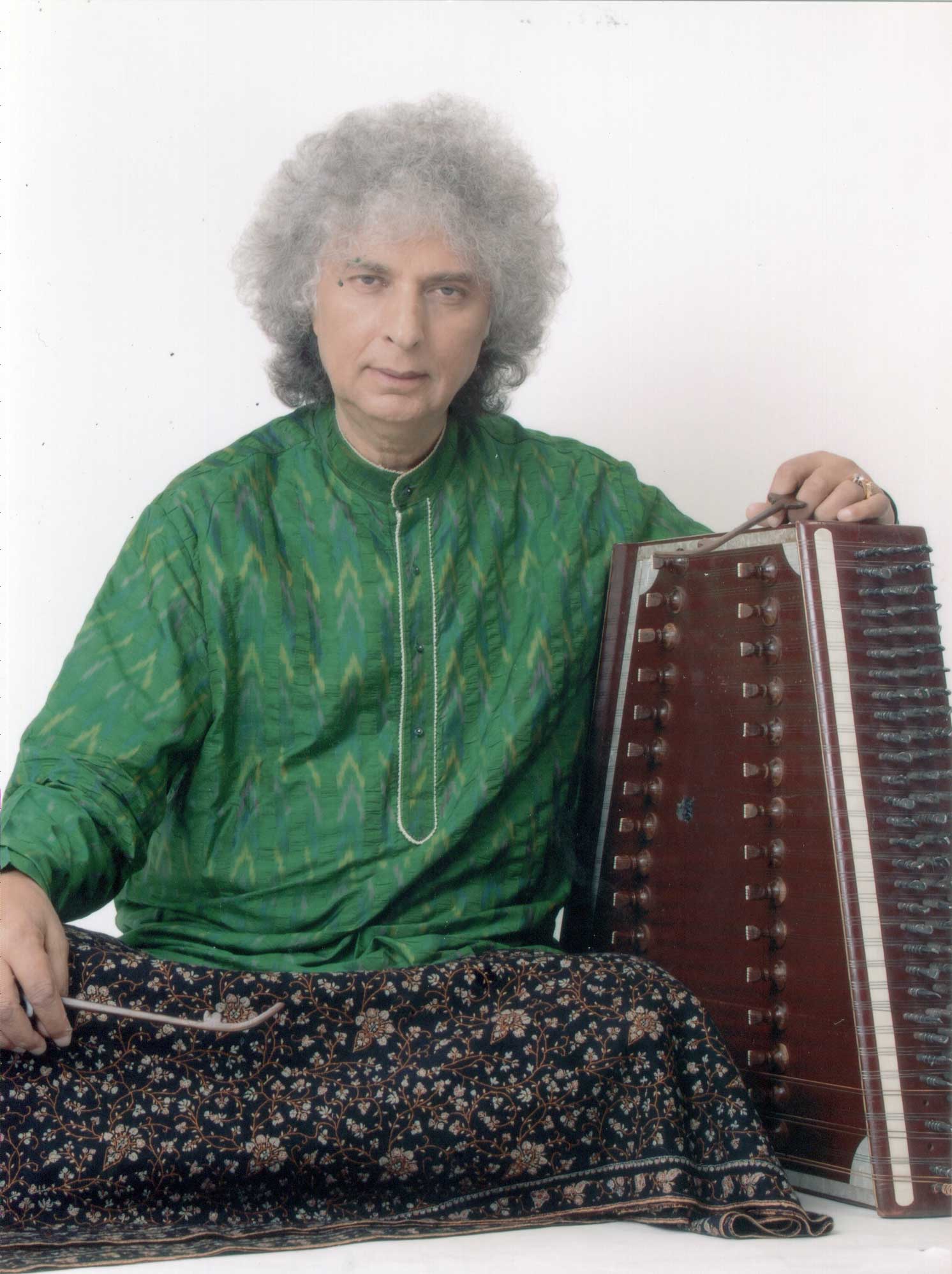 Our most revered and loved Great Sant Sadguruji has left for heavenly abode. This is a very big loss for all his devotees around the world and particularly Indian classical musical fraternity. Sadguru ji was a rare example in Post Independent India who took the responsibility of  supporting the Indian Classical Musicians and sent so many talented young Namdhari’s to different Maestro’s to learn this great Art and true Guru Shishya Parampara. This he could do because he himself was a trained Musician and gifted composer before Independence of India this great work was carried on by the Maharaja’s of the States and Nawab’s. Same role respected Sadguru ji took over with all sincerity and his love for music.

Two of my foremost disciples who are spreading the message of our great Art Internationally are HarjinderPal Singh & Kiran Pal Singh. Sadguruji brought them to me and did the traditional Ganda Bandhan ceremony.

I had always received his blessings. He would visit my residence number of times and mostly we used to have long Music sessions inwhich Pt. Kishen Maharajji was also invited to play with me and Sadguru ji would himself perform on Dilruba and demonstrate a rare composition, composed by him and other great Masters.

I can never forget his affection and love for me. One day i received a call and Sadguruji was on an international flight and there he found out that in the aircraft there are phones from where you can call anywhere in the World. He asked his Sewadars to call Shiv Kumar Sharma ji as I want to talk to him. I was so surprised to hear Sadguru ji’s voice when he was in a flight and felt how blessed i was with even from the aircrafthe thought of calling me and giving his blessings. There are so many anecdotes which prove his love for Music and Musicians. I don’t think its easy to have anyone else like him in near future. I have a suggestion that in memory of our most respected Sadguru ji an yearly festival of music should be organised at Bhaini Sahib, that will be areal fitting tribute which will make him so happy. We will always miss Sadguru ji. Sat Sri Akal. 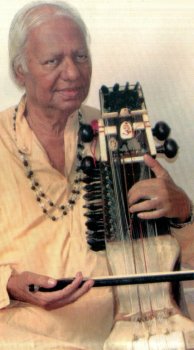 I am very sorry to hear of Guru Maharaj Ji’s sad demise.

Not only the Naamdhari samaaj and but also thousands of other Indians who benefited immensely due to his contribution will remember him forever.

As we know all the saints have a liking for music. I shared a long association with Guru Maharaj Ji since 1947-48 when his father late Satguru Pratap Singh Ji invited me to play with Pandit Omkarnath Thakur in Shimla. Guru Maharaj ji’s knowledge of music and contribution in inspiring quite a few of his disciples who are doing very well in traditional music is praiseworthy.

What more can I say than to pray that his soul rests in peace. 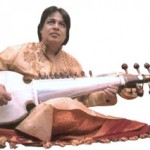 “I am very sorry to hear that Guru Maharaj Ji has departed from this world for his heavenly abode. He will be deeply missed by the Naamdhari community and the Indians all over the world for his great service to music and society at large.

I pray to almighty that may his soul rest in peace.” 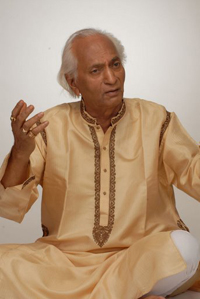 With a grieved heart, I was deeply saddened to know about sad demise of Shri Satguru Jagjit Singh ji Maharaj of Bhaini Sahib.

After coming to Delhi I used to live in Rajinder Nagar.  That time Satguru ji stayed in Pusa Road when he would visit Delhi.  He used to invite me at the first instance as soon he came to Delhi. Myself, my son Late Tushar Pandit & daughter Meeta Pandit used to go to Bhaini Sahib to sing before Satguru ji.

After the tragic loss of my son Tushar in 1994, Satguru ji visited our house and solaced our family.

Satguru Jagjit Singh Ji himself was learned musician having a rich stock of traditional bandishes & compositions. His laykari was very intricate & he was at ease with different talas.  Not all he was lover of musicians but a great patron of musicians. Satguru ji sent bright students to great artists to learn music.

By sad demise of Satguru Jagjit Singh ji Maharaj we have lost a patron, connoisseur of art, propagator of classical music, great lover of artists. 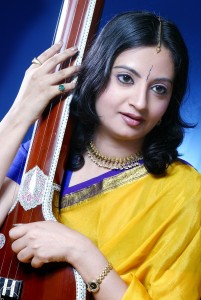 With the loss of Satguru ji, we have lost a great connoisseur & patron of art.   Sri Satguruji has been an immense strength to artists.  He was dynamic and extremely charismatic.  A divine soul !

Myself & my brother Tushar have been immensely encouraged by Sri Satguru ji. I remember having performed in his presence innumerable times. He encouraged us immensely.

I have had the opportunity to stay at Bhaini Sahib, where I have witness innumerable students of music practicing at the crack of drawn at the Kala Kendra.

What particularly striked me was his multi-dimensional personality & all roundness. He himself remember in treasure house of compositions, played Dilruba & Tar Shehnai,  had immense sense of layakari. He was a voracious swimmer & a champion of badminton & hockey.

A very kind hearted person. May God give peace to his soul. 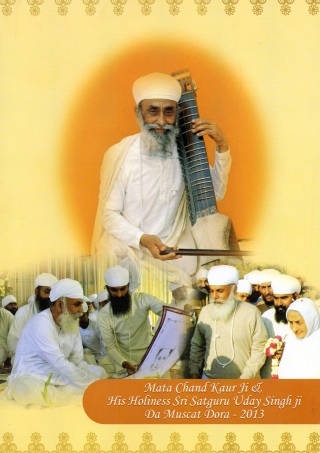