Sri Satguru Jagjit Singh Ji was the recipient of numerous awards in recognition for his contribution to society’s welfare.

Tagore Ratna: In 2012, the Sangeet Natak Akademi, New Delhi, honoured Satguru Jagjit Singh by inducting him as a prestigious Tagore Fellow of the Akademi for his contribution to Indian classical music and dance.  A delegation from Sangeet Natak Akademi specially came to Sri Bhaini Sahib on the occasion of Vaisakhi 13 April 2013 to present the Tagore Ratna to Sri Mata Chand Kaur Ji in the holy presence of Sri Satguru Uday Singh Ji.

Gopal Ratan Award: He was bestowed upon an honor ‘Gopal Ratan’ in 1965 at Hyderabad, by the Gau- Govardhan Sammiti in recognition of his valuable contribution for the husbandry , improvement and health care of cows . 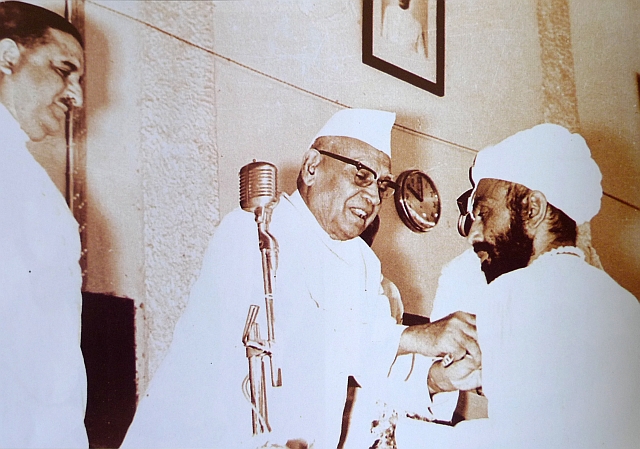 Dharam Rakhyak Award: Sri Satguru Ji undertook treatment of countless number of poor patients out of his own resources. For this charitable activity, the Doctors Association, Ludhiana honored him with ‘ Dharam Rakhyak ” Award.

Sangeetacharaya Award: Sri Satguru ji made special efforts to send his trainees to major music ustads (stalwarts) to gather of singing and music related diversity. He organized several sangeet sammelans (musical festivals) in the memory of Satguru Pratap Singh Ji on several occasions wherein the music lovers could listen to the performance by Shiromani musicians without any ticket charges. For the promotion of classical music and to prepare a number of musicians in this subject matter, the Baba Hariballabh Sangeet Darbar Society honored him with an award of ‘Sangeetacharaya’ . 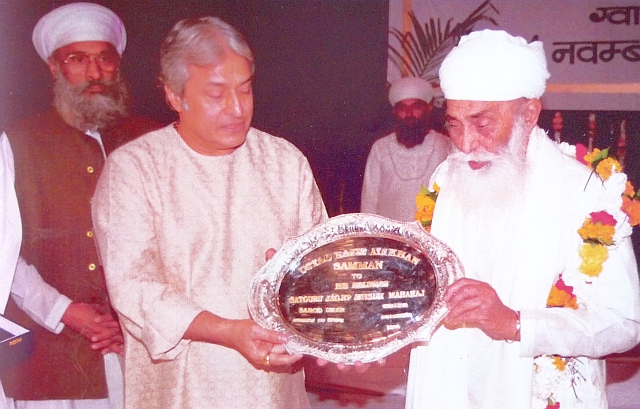 Satguru Ji honoured high achievers by conferring  awards. Master Nihal Singh and Sant Ananta Singh were conferred the honour of ‘Panth Rattan’ in the Hola Mohalla fair in Delhi in 1985 A.D. and Suba Ganda Singh and Sant Waryam Singh Mussavar in 1986 A.D. in Delhi. Pandit Gopal Singh Ji was honoured with the  ‘Gyan­ Martand’ award in the Hola-Mohalla at Sri Bhaini Sahib.

“Ashirwaad Puraskaar”- As per the wishes of His Holiness Sri Satguru Jagjit Singh Ji, the Ashirwaad Puraskaar was started in A.D. 1994 during the Annual Vidyak Sammellan held at Chandigarh. In that year, it was be­stowed upon two Sikhs namely, Sant Surinder Singh Ji and Sant Dalip Singh Ji . Subsequently, various Namdhari personalities who have served Satguru Ji during their life have been honoured with this award including Sant Jagdish Singh Ji Waryam and Master Nihal Singh Ji. In the year A.D. 2000,this award was bestowed upon Mahant Santokh Singh Ji of ‘Shaheedi Samarak’ Malerkotla and in the year A.D. 2001, it was awarded to Sant Ajit Singh Amroha who is serving at Sri Bhaini Sahib.